Home/Atiga, I+D+I/ATIGA Technology centers consolidate their growth in 2018
­
Previous Next

The associated technological centers in ATIGA, AIMEN, ANFACO – CECOPESCA, CTAG, ENERGYLAB, GRADIANT and ITG consolidate and grow on over the data of 2017. In its advance of results of 2018 the president of ATIGA pointed out the growth in the main indicators of activity, income, projects and clients. Waiting for the final figures, which will be shared soon, this growth in the words of the president of ATIGA, Juan Manuel Vieites, is based on a “firm commitment to the continuous improvement of both the centers and the Xunta de Galicia “.

Vieites stood out that the added investment during 2018 in leader technological equipment exceeded 8 million Euros. Different types of equipment related to biotechnology, advanced materials, the autonomous car, industry 4.0 or drones and whose ultimate goal is to bring Galician companies to various opportunities offered by emerging technologies and make them more innovative and competitive.

These data shows the “know-how” and “expertise” of Galician technology centers and illustrate how their almost 2,000 customers value and require their high added value services that allow companies, especially SMEs, to investigate and innovate without dedicate resources they do not have and reducing risks. The centers become technological partners of companies and develop a key role by mobilizing private investments in R&D&I and helping companies in the internationalization process. This support could mean an opened the door to participation in a European R&D&I project to contact new suppliers or potential clients.

In 2018 ATIGA developed different actions in collaboration with the Xunta de Galicia. With the IGAPE (Galician Institute of Economic Promotion) has been developed and presented the study Oportunidades Industria 4.0 in Galicia, a pioneering international study that has allowed to detect the situation and key needs of companies in terms of emerging technologies. Within the framework of another agreement with GAIN (Axencia Galega de Innovación), the international presence of centers in different events and technological forums has been strengthened and also a joint training program has continued thanks to which almost 500 researchers and others employees of the centers have passed through the ATIGA classrooms during the last 4 years.

Actions and initiatives which have been possible thanks to the support of the Xunta de Galicia and which show a close public-private partnership that allows to continue with the bet of the modernization of our region. In 2019 and, according to Vieites, president of ATIGA, the centers will continue to participate and support in a significant way initiatives of the Department of Economy, Employment and Industry. Initiatives and challenges from the Digital Innovation Hubs going by the participation in the emerging Network Cervera of national excellence centers or the deepening of the internationalization process of the schools and companies that accompany them.

The city councilman of Economy, Employment and Industry, Francisco Conde, noted that Galicia and technology centers “are doing well” and that the trajectory of the government since 2009, “has been in the line of the constant bet innovation and will continue to do so”. Also, Conde referred to the recent creation of the Innovation Agency which “has increased its budget by 56% in the last 4 years with actions marked by the rhythm of the productive fabric and, in an important way, by the own technology centers”.

Facing future, “the Xunta de Galicia will continue to develop programs to increase the talent, focusing on strengthening capacities in R&D of the own technology centers and supporting the same in its international positioning, with the objective of facilitate Galicia to continue responding to the challenges of the economy and industry 4.0,” he concluded. 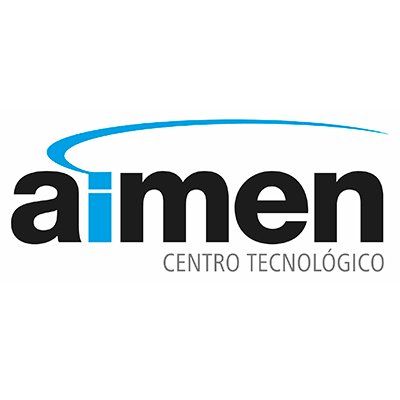